I have had over twelve judge and jury trials in my years as a litigator, with the most recent three out of four resulting in acquittals. Ten years ago, my work began in Orleans Parish Criminal District Court with Tulane’s Criminal Litigation Clinic. Upon getting sworn in, my first court appearance was for a preliminary examination in a second-degree murder case in New Orleans; I established facts to support self-defense and impeached the lead detective. I fought for and received a bond reduction and a plea offer of manslaughter, sentencing up to the judge: time served at six months. More recently, in certain federal matters, I have protected my clients from a possible life sentence through aggressive plea negotiations.

In district courts across the state, I have developed a robust motions practice and trial record. Some notable cases I worked on varied from rape, to drug possession, commercial drug crimes, and homicide. I had a second-degree murder in Lafayette, which resulted in a negotiated plea with numbers, 20 years, not life. I had an aggravated battery during a machete fight in Houma which I resolved through negotiation. My client pled guilty as charged and received time served because I filed a motion for speedy trial. In Criminal District Court, I have had aggravated batteries involving more machetes and pistols too. At the preliminary hearings, my clients were offered time served or a reduction to disturbing the peace. In Jefferson and Orleans Parishes, I have had findings of no probable cause during preliminary examinations for possession of methamphetamine and contractor fraud, respectively.

The first judge trial I ever had resulted in acquittal, where the accuser and self-professed victim was a JPSO deputy. The judge was famously pro-State as a former prosecutor. The crime was resisting an officer and the facts leading up to the arrest involved a supposed battery by my client against the officer which even required medical care. I won even though everyone advised me against going to trial. The first jury trial I ever had in New Orleans resulted in acquittal as well, going against the majority opinion from the defense bar. Since my client was a contractor accused of defrauding an elderly landlady through shoddy work after Katrina, the prevailing feeling was that trial was not optimal for contractors, but I succeeded anyway. As second chair, I have also had additional not guilty verdicts as well as responsive verdicts.

More recently, three of my last four trials have resulted in acquittals. In a Jefferson Parish felon with a firearm case, I had a unanimous jury verdict of not guilty. My last two trials ended with verdicts of not guilty by reason of insanity. I am thankful to be able to do good work on behalf of individuals. Helping people is what I do for a living and this is a beautiful profession, protecting life and liberty since 2014.

Style is Poetry in Motion

A True Act of Rebellion 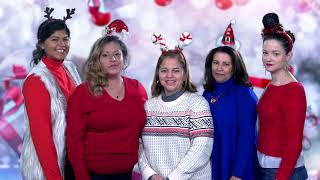 Relief, Resources, and Rescue for Immigrants 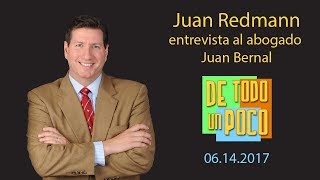 Wolves in Sheep's Clothing: Watch Your Back, Especially Under the Government's Custody.